Today Alaska Airlines announced the opening of a new Board Room lounge at Seattle-Tacoma airport, expanded club hours system wide, as well as changes to reciprocal access to Delta Sky Clubs and United Clubs for Board Room members.

Seattle’s hometown airline may not be a major player in the US domestic market compared to the three heavyweights — American, Delta and United — but they’ve built a remarkably efficient network with smooth operations, a solid frequent flyer program, major bilateral partnerships outside the four worldwide alliances, and to top it off, a reputation for genuine, quality customer service. In Seattle, the airline has been navigating rough waters over the last few years by competing against Delta, who went from partner to foe by building a hub at Seattle-Tacoma and aggressively expanding in Alaska’s market, often competing head to head on the same routes.

So far, consumers have won. Both Alaska Airlines and Delta have been showering residents of Washington and Alaska with promotions, increasing frequencies, and enhancing the quality of their service both on the ground and in the air.

Today, the turf fight reached a major turning point as the frenemies broke one more tie by phasing out reciprocal lounge access. Alaska is resolutely turning towards other partners and stepping up their own services.

Opening in November 2015: a new Alaska Board Room at Seattle-Tacoma Airport, North Satellite

Alaska has long operated a charming and elegant bi-level Board Room at Seattle-Tacoma airport, Concourse D. The lounge is one of the airport’s best clubs overall, with its warm (albeit slightly old-fashioned) design, friendly staff, and generous food and beverage selection — including the famed pancake machine which “prints” pancakes at breakfast time to the joy of kids and adults alike. The machine, a fixture of Alaska’s Board Rooms, has been featured in the press and its guts are so intriguing that the airline recently replaced the metal front by a glass front — so you can see where your pancakes really come from. (Hint: there’s no actual magic involved.)

The current Board Room has two major drawbacks. It’s often crowded, especially in light of the airline’s generous access policies — First Class passengers get access, and so do American Airlines Admirals Club members and Priority Pass members, among others — and it’s far from Satellite N, where most Alaska flights now depart from, since United consolidated operations in Concourse A. 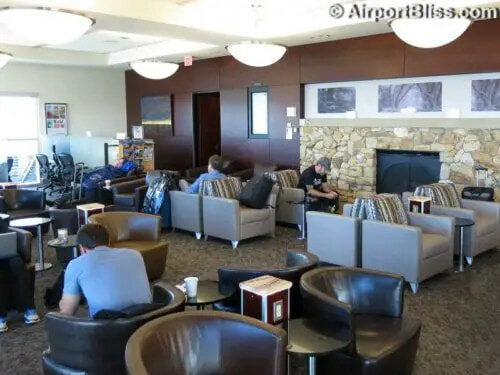 The airline has been working on a new lounge in Satellite N. The only space available was the one formerly occupied by the United Club, underground. Deemed too undesirable, it was converted into private meeting rooms for the Port of Seattle. Mimicking British Airways and (gasp!) Delta in Satellite S, Alaska Airlines looked to the skies and made plans for a roof-top lounge.

It will take time to materialize, though — perhaps a few years. In the mean time, a new space will open between gates N1 and N2 at the concourse level. Today the airline unveiled the new facility in an appealing video.

The new design is a complete departure from Alaska’s traditional décor featured at their four Board Rooms in Seattle, Los Angeles, Portland and Anchorage. Exit the traditional wood panels and fake stone walls, and enter a slick, modern and luminous décor with clean lines, designer furniture, an open layout, and of course, a flurry of power outlets.

The new club boasts grand views of the tarmac and surroundings, and perhaps in a nod to the likely weather outside, an indoor water feature. There are hardwood floors by the entrance, elegant ceilings, multiple high-end espresso machines, self-service beverages, and a large complimentary bar.

The new Board Room is scheduled to open in November (after several unsurprising delays) and is already slated to be one of the airport’s finest. And of course, there will be a pancake machine, too. We’ll report back with pictures and a detailed review as soon as the new club opens.

There is no word on access for Priority Pass and Lounge Club members yet, though Alaska has a long tradition of operating their lounge on a pay-in basis, so we expect an announcement soon. The airline has already confirmed that day passes would be available for $45. 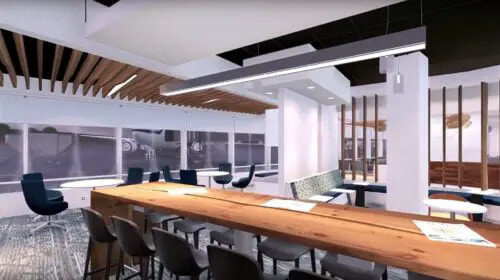 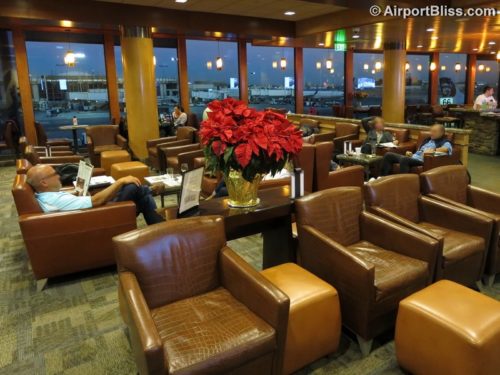 Currently, the Seattle and Los Angeles locations close at 10pm and 10:30pm respectively, while the Portland Board Room closes at 9am.

It was perhaps a foregone conclusion. After eliminating free guest access earlier this year, Delta and Alaska Airlines are finally completely phasing out their reciprocal lounge access agreement as of January 1st, 2016. Alaska Board room members will no longer have access to Delta Sky Clubs.

Unsurprisingly, Alaska’s press release neglects to mention this fact, though their web site has already been updated with the relevant information.

This is an unfortunate development, but one that has been long in the making. We commend Alaska for proactively refilling the gaps in their lounge network. It remains unclear what this means to the airline’s long term partnership in terms of mileage accumulation, though we’d expect Alaska to gravitate towards American rather than Delta going forward.

As of December 1st, Board Room members will be able to use the United Clubs in Philadelphia, Minneapolis and Phoenix, where members used to enjoy Delta Sky Club access. 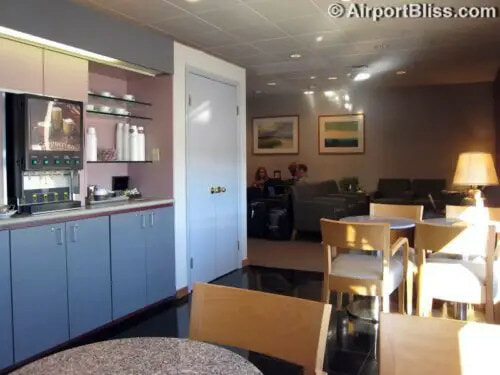 While it’s great to see Alaska attempt to maintain the integrity of their lounge network in light of the breach in partnership with Delta, we have to point out that the three new United Club locations that will now be open to Board Room members are hardly destinations. The clubs in Philadelphia and Phoenix are both rather underwhelming, though United is revamping their lounges system wide and has already rolled out improved complimentary food offerings. 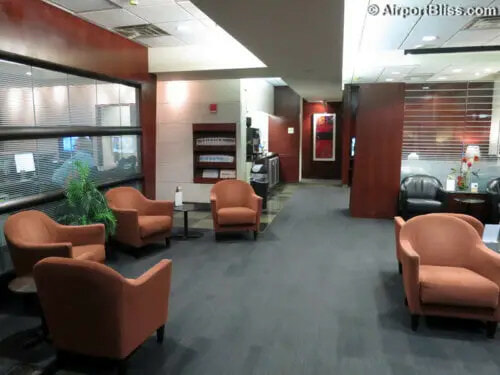 Board Room members will continue to enjoy access to all Admirals Club locations when flying American or Alaska. Since the merger with US Airways, this includes former US Airways Clubs as well. Overall, the change is a net negative for Alaska’s passengers though. Competition has been good for passengers so far. Perhaps the tide is starting to turn.

Not sure which lounge you have access to? Use our handy lounge finder.