A relatively newcomer to the airport lounge market in the US, American Express has moved in aggressively, building seven locations at key hubs in just a few years. Dubbed The Centurion Lounge, the clubs are stylish havens for American Express card holders offering comfortable seating in elegant surroundings, complimentary hot meals, cocktails, showers, and luxurious touches such as spas and day beds.

The lounges give American Express a unique competitive edge in the heavily disputed premium credit card market. And the financial institution shows no signs of slowing down, with multiple recent major announcements including new lounge openings at Hong Kong, Philadelphia, and Melbourne airports, expansions at Miami and Dallas-Fort airports, and tweaks to the access policy to mitigate crowding. Additionally, American Express members now have access to select Lufthansa lounges at Munich airport.

The Centurion Lounge at Miami airport to be expanded by 4,000 square feet

Widely acclaimed and publicized, The Centurion Lounge has become a victim of its own success. Most clubs are painfully busy at all times, to the point that staff sometimes has to turn customers away. Among the most chronically crowded location is The Centurion Lounge at Miami airport, located in Concourse D.

Today, American Express announced that the club will be expanded by 4,000 square feet. Besides additional seating space, the expansion will bring new amenities including a wine bar and two private phone rooms. There will also be additional restrooms, as well as another buffet area. The current amenities, including the popular Exhale spa, will remain available, and the lounge will remain open during construction.

The expansion is scheduled to open by the end of 2018. 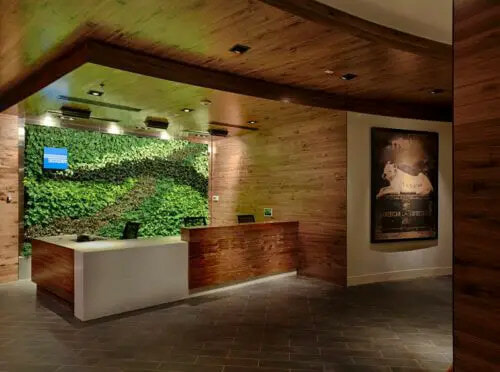 Other lounges are receiving upgrades:

Located in Terminal 1 in the vicinity of gates 40-60, a stone’s throw away from the United Club and the Plaza Premium Lounge West Hall, the Centurion Lounge stands in the 8,000 square foot footprint of the former Virgin Clubhouse. The design, conceived by interior design firm Legend Interiors, incorporates signature features of The Centurion Lounge network such as the living wall, and adds a few local touches, all in an open mezzanine setting which boasts sweeping views of the tarmac. 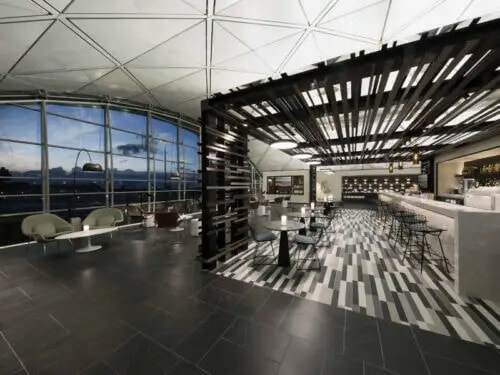 A first in the network, there is also a dedicated area for Centurion Card holders with a private service desk and an expanded food and beverage selection.

The opening of The Centurion Lounge is excellent news for SkyTeam passengers—the smaller of the three big alliances has a much more limited presence at Hong Kong airport than its counterparts, with a single shared lounge.

Otherwise, American Express is entering a very crowded lounge landscape in Hong Kong. The airport is home to some of the world’s finest lounges, with a steady stream of new and luxurious clubs. Weeks ago, Hong Kong airlines opened Club Autus, where First Class passengers enjoy private rooms with showers. Earlier this year, Cathay Pacific unveiled a complete remodel of The Pier Business and First Class lounges, with a sumptuous design, private retreats, foot massages, and a five-star dining experience. Qantas and Singapore Airlines have also made considerable recent investments in their respective facilities.

While American Express is unlikely to stand out as much as it does at airports in the US, they will still likely to benefit from brand exposure in a very premium market. The private area for Centurion card holders also gives the financial institution a chance to pamper its most valued customers and offer tailored services. 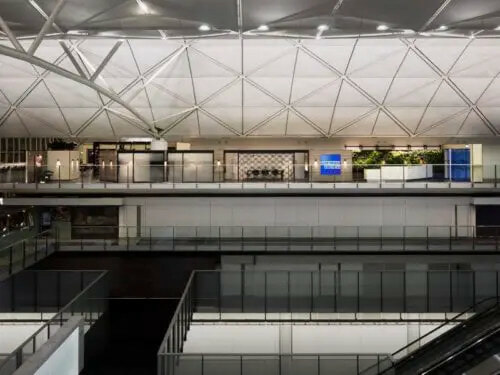 Next in line, though slightly delayed, is The Centurion Lounge at Philadelphia airport, scheduled to open late october.

The policy is changing, effective immediately. Platinum and Centurion card holders can continue to bring two guests, and may purchase access for additional guests at $50 per person. However, holders of other cards do not have the option to purchase access at the door anymore.

The policy change, which highlights that American Express intends for the Centurion Lounge to be a showcase product for premium customers rather not as a revenue stream, should help mitigate crowding, though it’s unclear how many customers were purchasing one-time access. 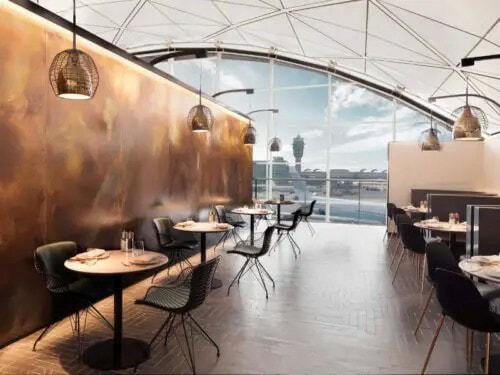 As reported back in August by The Australian Business Traveller, American Express is building a second lounge location in Melbourne, Australia, complementing the existing club at Sydney airport. 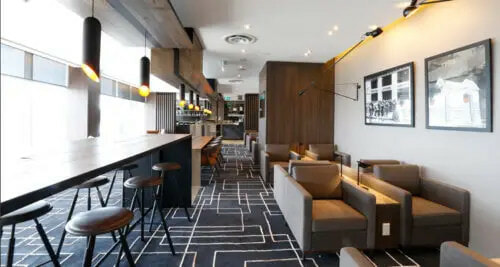 Designed and operated by Plaza Premium, the company that pioneered the pay-in lounge, American Express-branded lounges in Australia are lower key than their counterparts in the US, yet feature a full range of amenities, including a hot buffet, alcoholic beverages, and barista service.

The American Express Lounge at Melbourne airport is scheduled to open by the end of the year.

Beyond the use of American Express’ own lounges worldwide, The Platinum Card and Centurion Card offer access to a wide range of international lounges, including Escape Lounges in the US, Delta SkyClub when flying Delta, Airspace Lounges, and over 1,000 lounges through Priority Pass.

Additionally, card members may now use the newest Lufthansa lounges at Munich airport, in the new Terminal 2 Satellite Building.

The partnership fills a gap in the lounge network at a relatively important European hub (the two Priority Pass lounges are located in the much smaller Terminal 1.) Modern, private, and ultra-functional, the Lufthansa Lounges at the Terminal 2 Satellite Building are significantly less busy than their counterparts in the main concourse, and feature amenities such as a hot buffet, a complimentary bar, shower suites, and semi-private sleeping quarters. 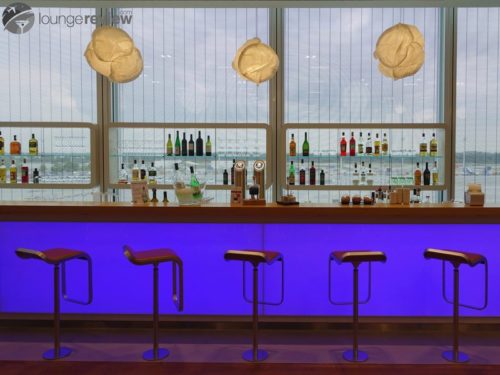