Step inside the new British Airways Lounge at Rome’s Fiumicino Airport, and you may wonder if the airline has lost its roots.

The serene and understated design has a definite European flair, with a Swiss or Scandinavian vibe—the decor reminds us of the new SWISS First Class Lounges at Zurich airport—and is conducive to both work and relaxation. 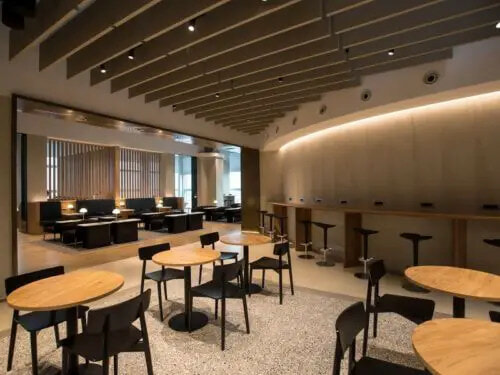 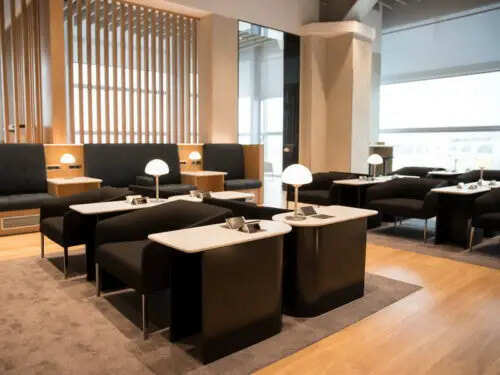 While the design of the new British Airways Lounge at Rome’s Fiumicino Airport steals the show, the amenities are relatively modest.

With a typical journey from Rome to London clocking at just over two hours, the lounge is merely intended as a comfortable place to catch up on work and enjoy a drink, and lacks international-grade amenities such as showers or a complete business center. The club offers a selection of snacks, as well as limited hot fare. At peak times, a bar tender will craft drinks on demand, while the bar will be unattended—and self-service—otherwise. 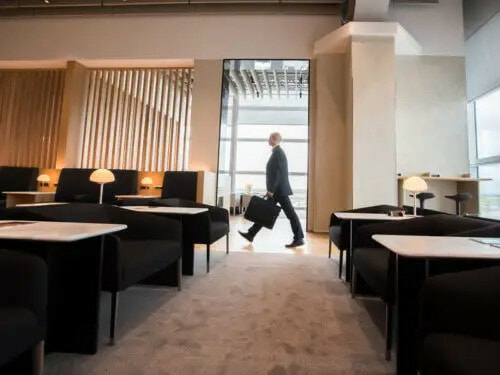 A long journey to modern design

British Airways, whose lounges have long proudly incarnated posh British interiors—complete with fireplaces at the Concorde Room at London Heathrow airport and horse-shaped lamps at the First Class Lounge—is experimenting with a total makeover. It was over-due. The traditional decor felt increasingly passé and stuffy in today’s trends which value simplicity and functionality.

A few years ago, the airline introduced a newer, more modern take on their design language. The new clubs which sprung up at Singapore, Dubai, and Cape Town airports were resolutely more contemporary, but in many regards, the decor still honored the carrier’s roots with signature floating bars, hanging lights, and dividers with blue hues. 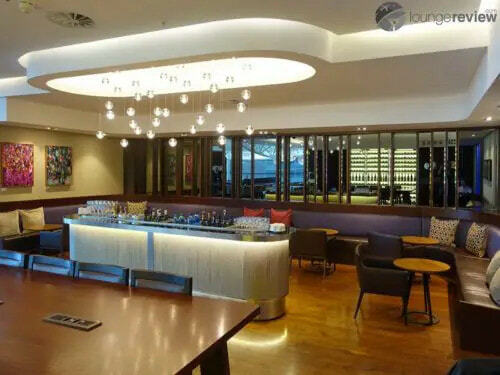 The next-generation decor unveiled at Rome Fiumicino airport is a dramatic departure from the airline’s legacy, and more appealing to the modern eye. It is slated to appear at more lounges worldwide, as the carrier embarks on an ambitious £4.5 billion program to lift its clubs into the future.

Among British Airways’ slated priorities are New York JFK Terminal 7, Geveva, and San Francisco, where the Terraces lounge is a relic from days gone by, which struggles to handle both the flow of customers and the demands of modern travelers (there’s hardly at outlet in sight.) Relief is finally on the horizon. 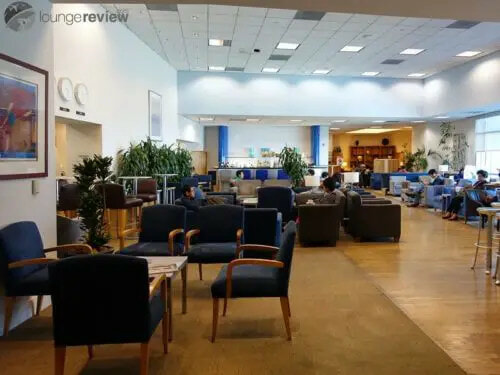