Eighteen months ago, Brussels Airlines unveiled The Loft, a futuristic and trendy lounge at Brussels airport delighting passengers traveling within Europe’s Schengen zone with comfortable seating conductive to work and relaxation, a generous food and beverage selection, convenient sleeping pods, elegantly appointed shower suites, and Belgian touches. Thanks to a partnership with Microsoft, patrons of The Loft may borrow a Surface tablet for the duration of their stay to explore the lounge, book services such as showers and sleeping pods, and entertain themselves while staying apprised of the status of their flight. The showcase facility was an immediate hit, prompting fellow Star Alliance member SAS, whose lounge used to occupy an adjacent space, to shutter their club as passengers flocked to The Loft. 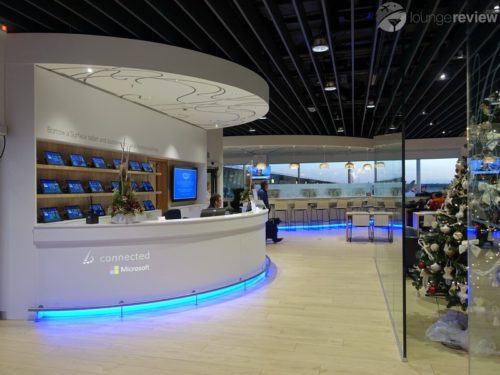 The luxuries of The Loft came in stark contrast with Brussels Airlines’ non-Schengen lounge in Terminal B. Also used by fellow Star Alliance carriers, the Terminal B lounge suffered from chronic overcrowding and the limited amenities failed to impress. 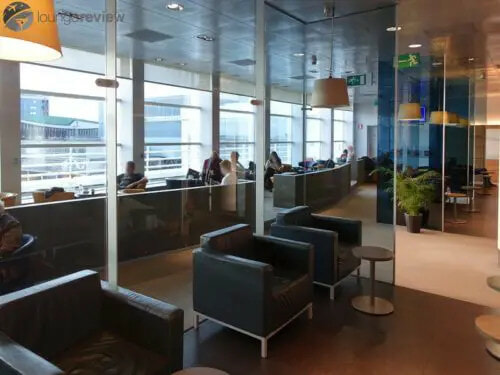 Brussels Airlines is stepping up its international ground services, with a new lounge at Brussels airport Terminal B, along with a new club in Congo – the airline’s first outside Belgium.

Brussels Airlines recently unveiled The Suite, a new lounge in Terminal B for Brussels Airlines traveling to the United States, Canada, Israel, Russia, the UK and Morocco, as well as and Star Alliance passengers bound to various destinations outside the Schengen zone.

Inspired by The Loft, The Suite features the same general design and concept, with bright and airy spaces, multiple seating areas conductive to work, socializing and relaxation, and a resolutely modern décor with clean lines, natural materials, and a minimalistic vibe. Naturally, the lounge pays homage to the airline’s Belgian roots, with Belgian draft beer and specialties, as well as art by Magritte. 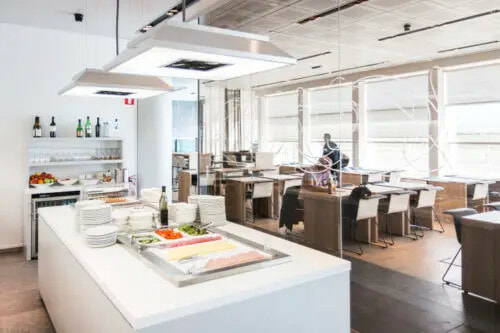 Amenities include self-service food and beverages, a quiet area, a business center, complimentary Wi-Fi, and Belgian and international press.

With space for 160 customers and an extension that can accommodate another 100 guests at peak times, The Suite is twice as large as the former Brussels Airlines Terminal B lounge, and represents a substantial upgrade which will help cement the airline’s modern and trendy image.

The Suite doesn’t fully rise to the standards of The Loft, though. Missing are the shower suites, nap pods, and cozy intimate areas. The lack of showers is unfortunate for international departures, though passengers originating from or flying to destinations within the Schengen zone may freshen up at The Loft. 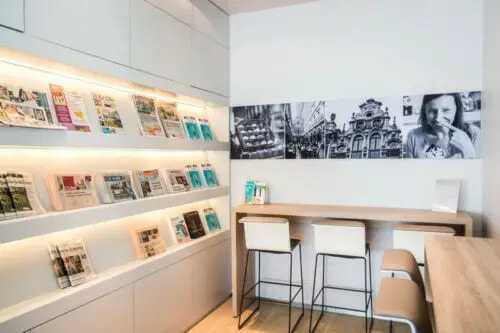 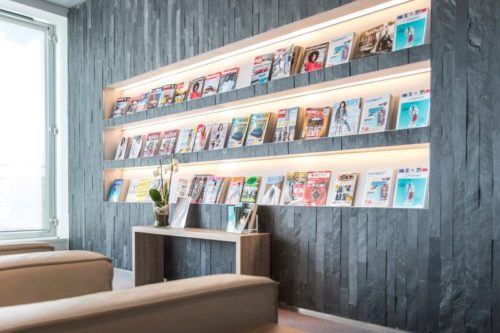 At this time, Brussels Airlines has not announced plans to remodel the Sunrise Lounge, the smaller club and far less glamorous club in the Pier T non-Schengen enclave within Terminal A.

On the heels of the opening of The Suite lounge at Brussels airport Terminal B, Brussels Airlines unveiled their very first lounge outside Brussels – also dubbed The Suite.

The Suite at N’Djili airport in Kinshasa, Democratic Republic of Congo, will feel immediately familiar to regulars at The Loft and The Suite in Brussels. The clubs share the same DNA with a similar décor, concept, and Belgian vibe. Just like The Loft in Brussels, The Suite at Kinshasa airport features tablet computers on loan. 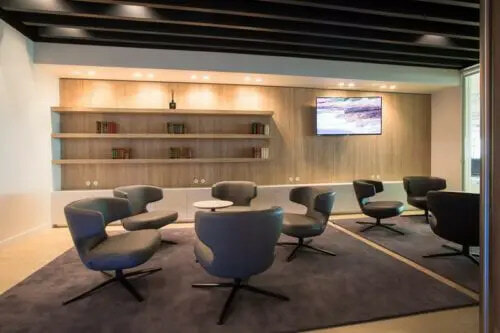 The choice of Kinshasa for Brussels Airline’s first international lounge highlights the airline’s commitment to the route between Brussels and the capital of Congo, a former Belgian colony. It also plugs a gap in the airline’s ground services: unlike at other destinations served by Brussels Airlines, Kinshasa airport did not have any partner or independent lounges. The opening of The Suite therefore marks an important milestone for the airport. Customers who would like to minimize time at the airport may continue to benefit from the airline’s check-in facility in the city center. 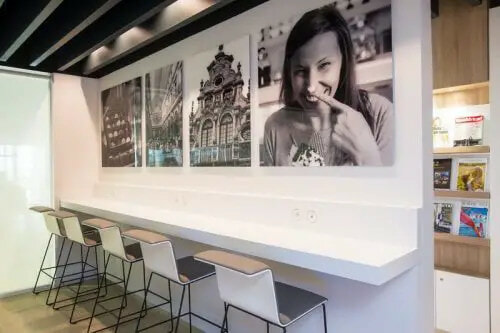 The Suite at Kinshasa airport features a selection of snacks, drinks, international press, and a business center. It is a small lounge, though, and thus has more restricted access rules than its counterparts in Brussels. Access is strictly reserved for business class passengers and Star Alliance Gold members, which excludes Miles & More Frequent Travelers. Economy passengers may not purchase access.