The Cathay Pacific Business and First Class Lounge at San Francisco airport (SFO) Terminal A has built a reputation as a gorgeous facility. The décor designed by firm Foster & Partners boasts high-end finishes, elegant furniture, and a relaxing, upper-scale vibe. But the club, built in 2011, has far outgrown its intended target customer base and suffers from chronic crowding.

Cathay Pacific’s service from San Francisco to Hong Kong has expanded to up to 17 flights a week — more than two a day. The lounge also doubles as domestic club for Alaska Airlines Board Room members: Seattle’s home airline, which also operates out of the International Terminal, closed their own club about two years ago and struck an agreement with the Hong Kong carrier. Finally, British Airways premium and elite passengers also have access through per oneworld rules, although British Airways operates their own lounge. 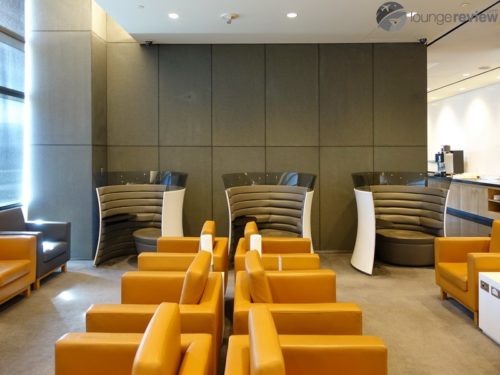 Relief is on the way. Cathay Pacific is currently expanding the lounge into the adjacent space, which has remained vacant since Air France-KLM moved out and took over the former Delta (and Northwest) lounge on the lower level. The expanded lounge will be roughly twice as large as the current facility.

In addition to increased seating space, the upgraded lounge will feature additional shower suites. The airline is also planning on expanding their food and beverage selection, with the traditional noodle bar remaining the signature amenity. Technological upgrades are also at play; Cathay has been experimenting with Apple’s iBeacon to push information on amenities and menus to mobile devices, although the feature is largely a gimmick. 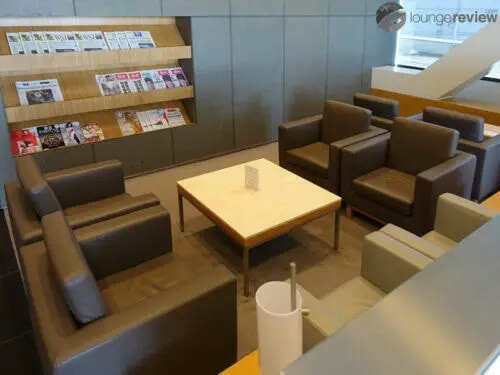 Cathay Pacific’s improvements at San Francisco airport are part of an ambitious wave of worldwide renovations. The carrier has already unveiled a new flagship First Class lounge (The Pier) at their Hong Kong hub (HKG), as well as gorgeous clubs at Tokyo Haneda (HND), Malina (MNL), and Bangkok (BKK) airports. However, while the new clubs have been designed by London-based StudioIsle, Cathay has chosen to preserve the original design by Foster & Partners in San Francisco: after just four years, the lounge is still pristine, and from a practical standpoint, it makes it possible to build an extension without ever closing the current space.

Construction is expected to be complete by the end of 2015. This is great news for Cathay Pacific and Alaska Airlines passengers alike along with, perhaps, Qantas customers: in December, the Australian airline will be returning to San Francisco after four years, and assuming that they do operate from International Terminal A, their passengers will be able to use Cathay Pacific’s lounge.