American Express’ foray into the airport lounge business in the US back in October 2013 reshaped a dormant market. The unveiling of the first Centurion Lounge at Dallas/Ft. Worth airport (DFW) sent ripples throughout the industry, forcing airlines to improve their offerings and remodel clubs which, in some cases, had seen only minor cosmetic improvements in over ten years.

American Express took the concept of a domestic airport lounge to new heights. While airline-operated lounges were typically a quiet place to sit and work, with amenities often limited to Wi-Fi, coffee, snacks, and paid drinks, the financial institution transformed the lounge as a glamorous and dynamic hub with an innovative design, a complimentary full bar, free hot meals cooked by celebrity chefs, and relaxation features such as shower suites, day beds, and spas.

And thus the hype was born, propelling the Centurion Lounge brand at the top of the charts in the mind of travelers looking for a status symbol, or a more vibrant place to relax or work. 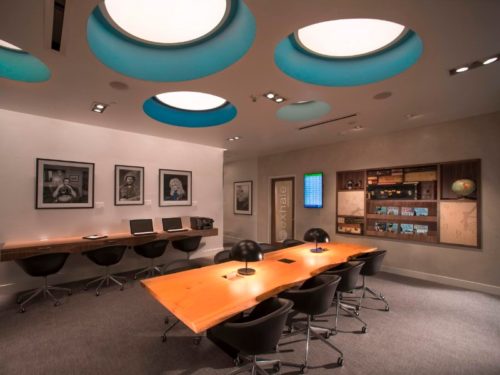 The Centurion Lounge: victim of its own success

But for all their appeal, the Centurion Lounges have a common trait: they’re busy, if not overcrowded. Some travelers plan their layovers around the availability of a Centurion Lounge. Many linger, sometimes using the lounge upon arrival, for a meal before heading home.

At Miami airport, the staff routinely has to turn customers away. At Las Vegas airport, reaching the bar at peak times is akin to competing in an obstacle course. And at San Francisco airport, the daybeds are gone—to make room for more seats.

At Houston airport, the contract between American Express and the airport authority stipulates a possible move to a larger space down the road. At Seattle-Tacoma airport, the Centurion Lounge virtually doubled in size earlier this year, and gained a new bar area, a shower suite, and prime views of the tarmac in the process. 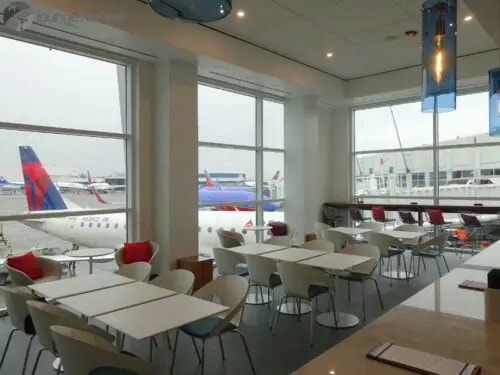 Today, American Express announced a major investment in the location that started it all: the Centurion Lounge at Dallas/Ft. Worth airport (DFW).

At Dallas Ft. Worth airport, American Express is aiming big. The financial institution is rebuilding the Centurion Lounge from scratch, adding a whopping 3,000 square feet of space in the process.

The new lounge will be located just opposite the existing club in terminal D, near gate 17.

The Centurion Lounge will retain its high-end design and amenities, including the popular Exhale spa, hot meals, and a full bar. In addition, the new space will boast two additional shower suites (for a total of three); private phone rooms, and a private mother’s room (an amenity already available at Houston airport.)

Completion is targeted for the first half of 2018—keeping in mind that few airport construction projects ever stay on schedule.

The good news is that, regardless of any delays, construction will not impact operations at the current lounge, since the new space is completely separated from the new club. 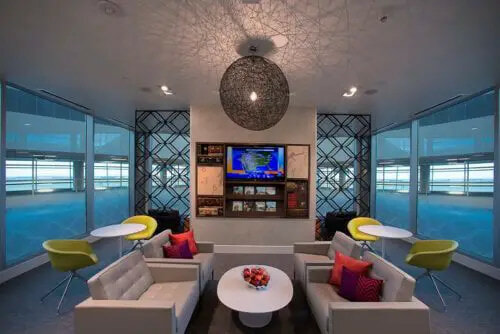 American Express is not resting on its laurels: new Centurion Lounge locations are planned at Philadelphia and Hong Kong airports, though the former is—unsurprisingly—a few months behind schedule.

At a time when competition in the premium credit card market is at an all-time high, it certainly makes sense for American Express to continue to invest in a unique product that differentiates them from competition. Nevertheless, given the costs involved in building lounge space at airports in the US, the commitment to expanding existing lounges while continuing to grow the network is commendable.