The Club Airport Lounges, which operates a number of pay-in lounges in the US, notably at Las Vegas McCarran airport, has taken over the operation of the two independent lounges at Seattle-Tacoma International Airport owned by the Port of Seattle.

Club Cascade in concourse A is now The Club at SEA Concourse A, while Club International in satellite S has become, as you guessed, The Club at SEA Satellite S. Both lounges are pretty similar and barebones, with a seating area and complimentary basic snacks and drinks. The layout of the clubs and amenities haven’t changed so far, and The Club hasn’t made any announcements regarding expanded amenities. Neither facility offers Wi-Fi, on the ground that the airport operates its own complimentary service.

The Club at SEA Concourse A is located in the vicinity of the United Club and typically extremely quiet. Up until the takeover, it was only open a few days a week. This lounge, which features views of the mountains, used to be the Delta Crown room, and is still occasionally contracted by Delta for flights departing from the A concourse (Delta’s much larger Sky Club is in Satellite S.)

The Club at SEA Concourse S is used by several international airlines including Lufthansa, Emirates, and ANA. The limited amenities certainly do not match the caliber of those airlines. 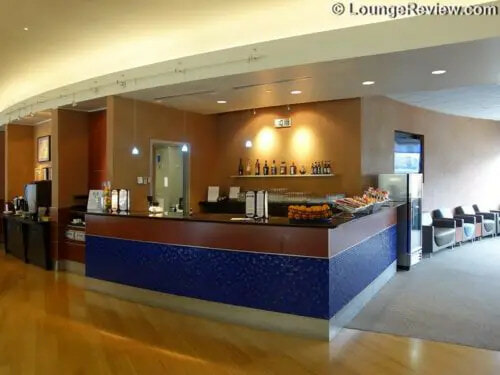 Ultimately, the rebranding is an enhancement: the lounges are now open to Lounge Club and Priority Pass members, and the operating hours of the Concourse A club have been expanded.