As the Big Three US airlines offer overall remarkably similar on-board products – lie-flat bed seats have become the norm in international Business Class, catering is improving, Wi-Fi is broadly available, and First Class is shrinking – ground services are becoming the next battleground.

United, American and Delta are all making significant investments in their lounge product, with a steady stream of renovations and service enhancements. United is remodeling United Clubs and has significantly improved catering system wide. American is also renovating Admirals Clubs worldwide and recently announced an ambitious plan to offer premium passengers a completely new experience at main hubs, with full service dining and other luxurious amenities.

Until American’s vision becomes reality, though, Delta operates by far the best airline lounges in the US in our opinion. While United and American have let some of their lounges fall into a state of disrepair, Delta has generally performed ongoing maintenance to maintain the appearance of the Sky Clubs. There are lowlights, but generally speaking even the legacy Northwest clubs still look relatively fresh, which means that Delta doesn’t have as much catching up to do as their competitors in order to offer a modern and appealing club experience. 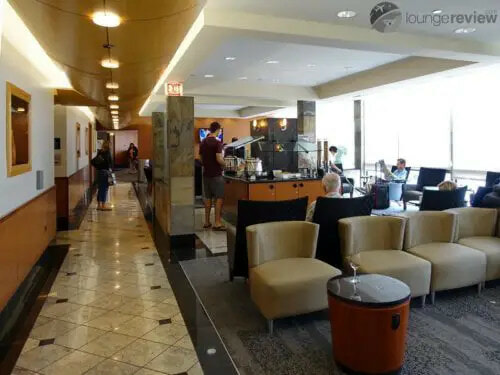 Beyond ongoing maintenance, the airline has refreshed key Sky Clubs over the years, adopting a bold signature design in the vein of their logo, with clean lines, geometrical shapes and solid colors patterns. The carrier has modernized clubs at locations as diverse as New York JFK, Seattle and San Diego. 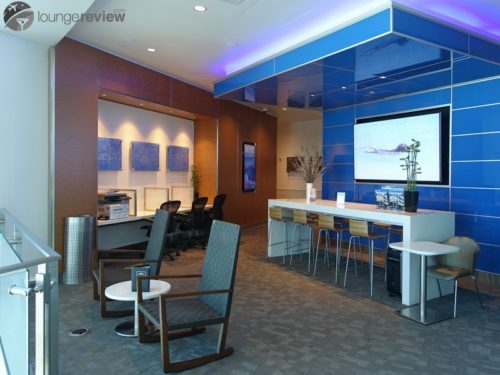 Perhaps more importantly, Delta offers the strongest amenities compared to their direct competitors. Catering is a highlight, with a substantial selection of complimentary food and drinks at all locations, including elaborate salads, soups, and a variety of sweets. A few clubs including San Francisco and New York JFK even offer free hot food. The airline also offers showers at many locations.

The decision to elevate service levels was a trade-off that came at a cost – Delta increased the cost of one-time passes and phased out the option to bring in guests for free – but it did significantly help improve the experience. 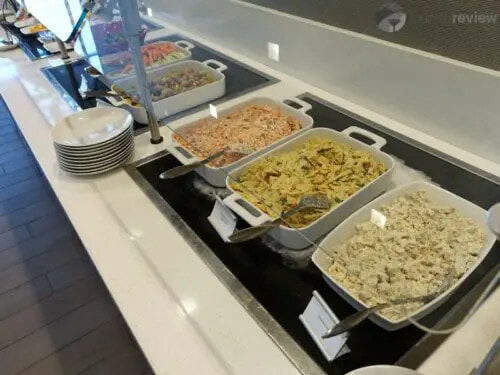 The opening in August 2015 of the new Sky Club at San Francisco international airport marked the beginning of a new trend. Delta ditched their signature décor which was somewhat excessively functional and impersonal, in favor of a new serene and pristine while resolutely modern and dynamic design, with locally inspired artwork and touches. But the amenities steal the show, with shower suites featuring Isaac Mizrahi bath products and a spa inspired entrance, plus a full hot buffet in partnership with a local chef – an impressive feat for what is a secondary airport for Delta. 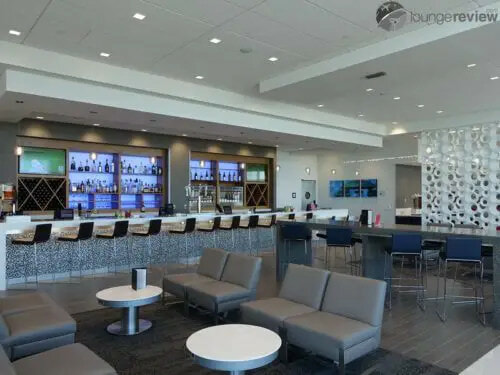 As it turns out, the San Francisco model was not a one-off. Delta has announced the opening of similar facilities at Atlanta and Seattle-Tacoma airports, along with renovations at Nashville airport.

This summer, Delta will close the two existing Sky Clubs in Concourse B by gates B10 and B25 in favor of a new centrally located lounge featuring a new design in the vein of the décor of the San Francisco Sky Club, with wood finishes, local artwork, and large windows. The 500 seats will be equipped with power outlets. The buffet will feature a selection of complimentary hot and cold entrees.

A feature unique to ATL will be the wine wall with a selection (for purchase) curated by Master Sommelier Andrea Robinson. 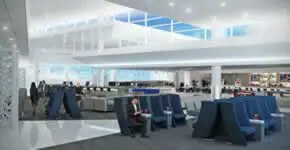 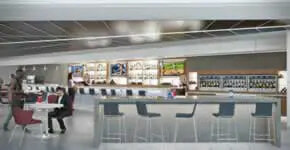 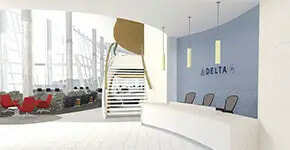 We have already written about Delta’s upcoming Sky Club at Seattle airport. Scheduled to open this fall, the new lounge located between Concourses A and B near gate A1 will be amongst the airline’s five largest clubs, reflecting the spectacular growth of the Seattle hub.

Again, the design will be a departure from Delta’s signature design, and in line with the décor of the San Francisco Sky Club, though perhaps with more local touches. The airline promises “contemporary furniture with power outlets near every seat, warm wood finishes reminiscent of the Pacific Northwest, rotating art curated from local galleries, a unique spa space to rejuvenate or relax, and personalized flight assistance among many other amenities.” The space will boast views of Mount Rainier. 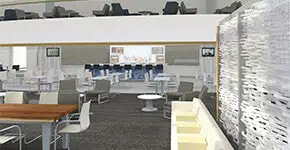 The food and drink selection will also be a highlight, with a complimentary full menu, a free local IPA craft beer by Georgetown Brewing Company, and local wines by the glass curated by Master Sommelier Andrea Robinson. 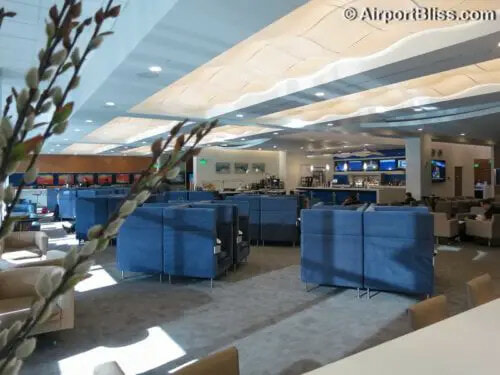 Construction is already underway – and it’s already made its first victim: the windows (and views) at the American Express Centurion Studio lounge will be blocked for the next few months.

The Sky Club at Nashville airport (BNA) has closed for renovations

The Delta Sky Club at Nashville International Airport has closed for renovations, and is scheduled to reopen on March 30th.

The scope of changes is less dramatic than in Atlanta and Seattle – the design will remain substantially the same, though the remodeled club will feature a new reception desk, an expanded seating area, power outlets at every seat, as well as refurbished restrooms. The food selection will be expanded to include complimentary hot and cold entrees.

We like the direction in which Delta is headed and the expansion of complimentary food options. United may soon be the only airline not to offer hot meals to premium passengers.