Delta passengers flying through the mile high city rejoice: this week, Delta opened a Sky Club lounge at Denver International airport (DEN), offering Sky Club members and premium passengers a long anticipated haven away from the bustle of the terminal.

Delta’s unveiling of the new Sky Club has been decidedly low key. The airline did not even bother posting a teaser on their web site – the Sky Club news section of delta.com boasts about upcoming new lounges at the Atlanta and Seattle hubs later this year, but has been coy about the plans for Denver. A sign at Denver airport was perhaps the most prominent announcement.

The new Sky Club is located in Concourse A, close to the Delta gates, in a central location on level 4 across the sky bridge which connects the Jeppesen Terminal with Concourse A.

The 4,600 square foot lounge can accommodate 90 customers. The space is welcoming, with modern and comfortable furniture, side tables and power outlets at every seat, private “cube” like chairs by the windows offering enhanced privacy, and a selection of local art.

A complimentary buffet offers a selection of snacks, finger food, soups and salads. The self-serve bar features New Belgium Ranger, house wines, and liquor. In true Sky Club tradition, a high-end Starbucks espresso maker is also available. Other amenities include a small business center, a secluded quiet room, and a selection of newspapers and magazines. 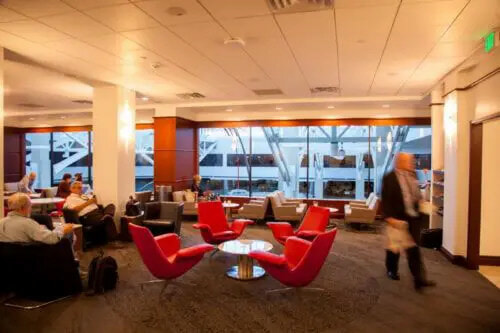 The design is decidedly traditional. The lounge has windows, and thus daylight, but no views to speak of. And the old fashioned wood paneling and ceiling tiles – straight from the Continental days, when the airline occupied the space – won’t turn heads. Obviously, the new Sky Club is a cost-effective enhancement for passengers flying from Denver, and doesn’t pretend to be a showcase facility like the gorgeous and exuberant new Sky Club at San Francisco airport, also a relatively new addition to the airline’s lounge network.

The approach makes perfect sense: the Sky Club meets all basic needs, and offers a solid array of amenities at an airport which remains relatively minor in Delta’s network. 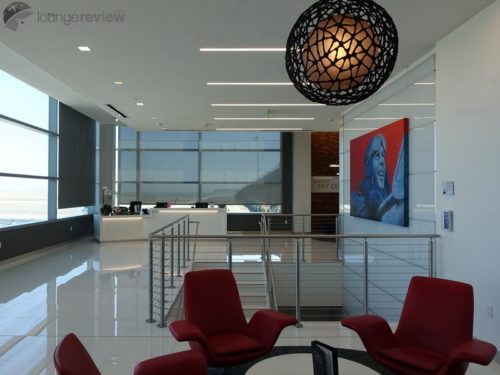 Competition on ground services is heating up

Delta’s move at Denver airport is highly symbolic. While the carrier only controls 5% of passenger traffic at Denver airport, far from its primary competitors United and American, its traffic has grown by 15% over the last year. The opening of the new Sky Club comes on the heels of the latest service expansion: five new daily flights to Los Angeles (operated by Delta Connection on regional aircraft) which supplement existing service to Seattle, Salt Lake City, Atlanta, New-York (JFK and La Guardia), Minneapolis-St. Paul and Detroit.

Competition on ground services at Denver International airport is currently tepid, with the dominant carrier, United, offering two large but awfully basic lounges despite the city’s position as a hub within their network. While the United Club in Concourse B West was recently refurbished, the United Club Concourse B East is an embarrassing time capsule, long overdue for renovations. 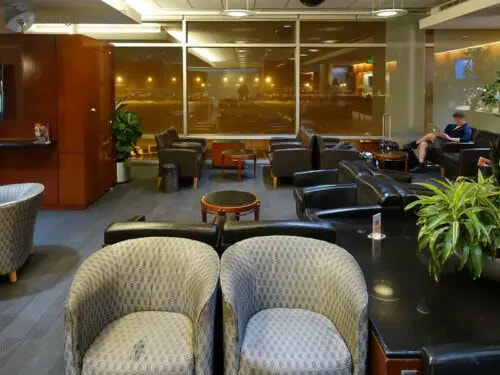 Delta’s decision to open a new Sky Club on their competitor’s turf challenges the status quo and underscore the airline’s commitment to a consistent experience with quality ground services system wide. And just like they did in San Francisco, the airline is raising the bar, offering comfy seats and a substantial buffet for relatively short flights and a light flight schedule.

The opening of the Sky Club in Denver comes in the midst of a significant investment in clubs and ground facilities nationwide, and reflects a steady trend in the airline industry. American has announced word class ground services for premium passengers including full dining service, while United has just unveiled plans for a new Business Class experience which includes a completely revamped lounge experience. For the foreseeable future, though, Delta is likely to keep their edge at many US domestic locations, including Denver and San Francisco.