The friendly and relatively no-frills Hawaiian Airlines has announced the renovation of their six airport lounges in Hawaii, leaving only their Los Angeles, CA (LAX) facility untouched. The renovation will occur in two phases throughout the first half of 2015, with work expected to be complete by summer 2015.

We tend to see Hawaiian Airlines Premier Club lounges as rather symbolic – the existence of a lounge network allows the airline to position itself on a more premium market segment and to reward their most frequent flyers. In reality, though, considering that most Hawaiian Airlines flights are short inter-island hops featuring a modest first class product offered at a small premium over economy, and that the airline grants access to their lounges to all premium class passengers as well as all elites (unlike most US airlines which tend to be much more restrictive on domestic itineraries) it’s unrealistic to expect luxury.

Currently, most lounges merely provide basic seating, drip coffee and a soda fountain. Bathrooms are a rare occurrence and the airline doesn’t offer customer assistance at most locations (access is granted through a code obtained at check-in.) Some of the facilities are not much of an upgrade over the terminal, although the reliable air conditioning is appreciated. 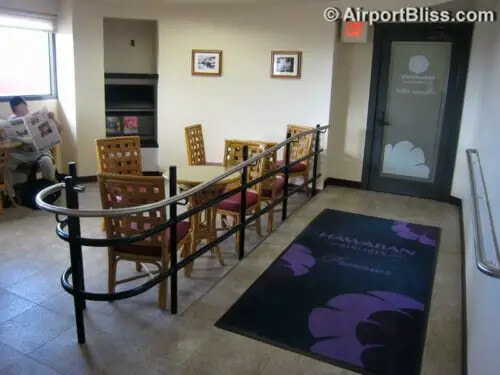 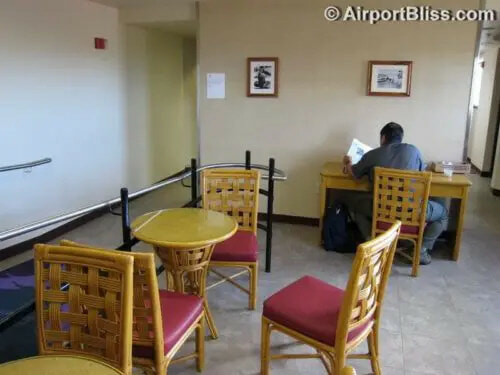 Renovations will be welcome and we’re eager to see the finished product – the airline has not disclosed details about possible new amenities, and it’s unlikely that the food and beverage offer will improve, but the rendering of a renovated space hints at a much more modern design, with most likely additional power outlets. 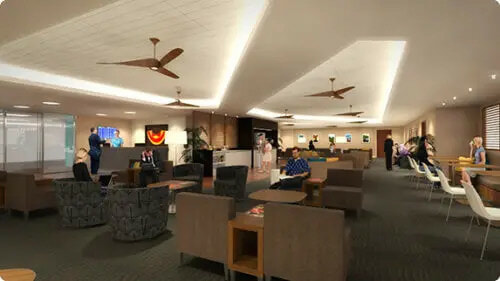 Hawaiian Airlines has published the renovation schedule on their web site. As of writing, one of the lounges in Honolulu should re-open shortly, while other lounges will be closed for up to six months – a staggering amount of time considering the small size of these facilities.