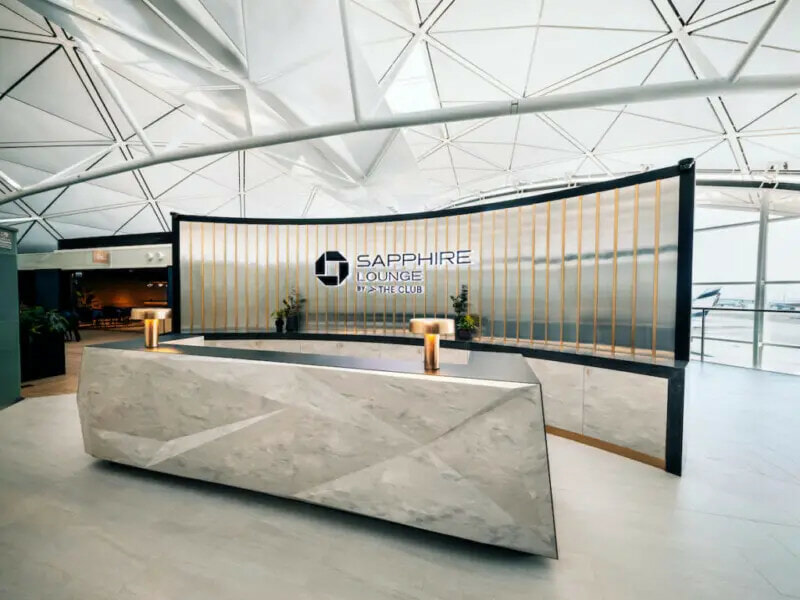 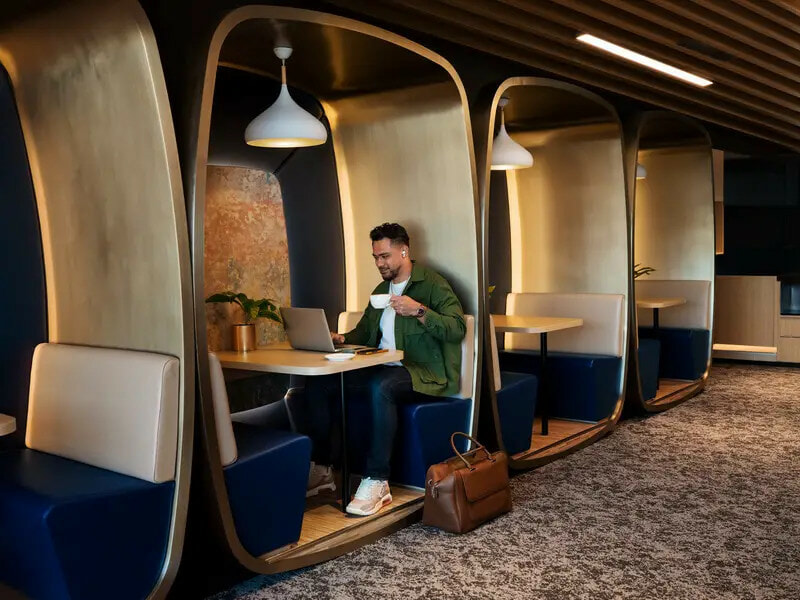 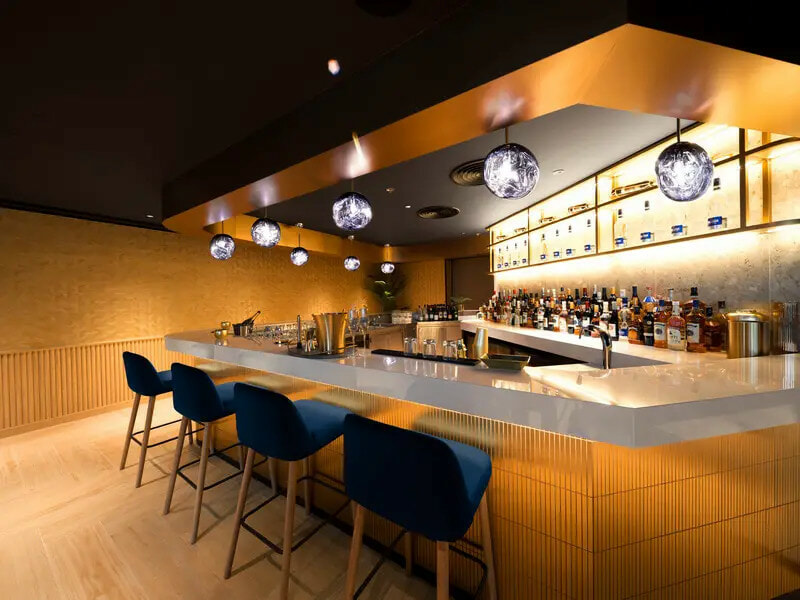 Previous Next
Do I have access to Chase Sapphire Lounge by The Club at HKG? Use our lounge access wizard and find out, or log in or create an account and we'll keep track of your lounge memberships and premium credit cards.

Perched on level 7, the bright and airy club boasts commanding vistas of the tarmac as well as intimate views of the terminal’s dramatic roof. The modern design incorporates a lively color palette, architectural accents such as tainted glass, and an intricate mix of straight and curved lines. The sculpted reception desk might be a nod to the “Sapphire” brand. Spreading over close to 12,000 square feet (1,100 square meters), the Chase Sapphire Lounge features a variety of spaces for work and relaxation outfitted with a mix of couches, high-top seating, solo chairs, and dining tables and booths. The aesthetics are eye-pleasing and modern while retaining traditional components such as indoor plants and earth tones. Conceived in the COVID era, the Chase Sapphire Lounge by the Club at Hong Kong airport was designed to minimize touch points. Checking-in is an all-contactless affair. Ordering food and beverages and media and entertainment is digital too.

The culinary offerings at the Chase Sapphire Lounge by The Club Hong Kong include a selection of small plates, salads, soups, sandwiches, and wraps, as well as hot entrees and desserts, with a focus on local specialties. Highlights of the menu include a black fungi salad, wonton noodle soup, Hong Kong-style char siu pork rice, as well as traditional Hong Kong egg tarts. Patrons will also find a modest wine selection, as well as a choice of liquor, and spirits, and cocktails. All food and beverages are complimentary.

Naturally, the lounge offers Wi-Fi and power outlets aplenty. Notably absent from the line-up of amenities, however, are showers—an unfortunate oversight considering that Hong Kong airport serves global destinations and that The Sapphire Lounge targets primarily an American clientele that is about to embark on a 10+ hour flight.

The Chase Sapphire Lounge by The Club is the only lounge at Hong Kong that welcomes Priority Pass members, and as such it plugs a key gap in the Priority Pass network. The club is elegant and well designed, but it is bound to be crowded eventually, and it lacks showers. Hong Kong airport sports some of the world’s finest airline lounges—if you have access to any other lounge, it might just be superior. For more information on The Chase Sapphire Lounge by The Club, read our blog post.

Access rules
Do I have access to Chase Sapphire Lounge by The Club at HKG? Use our lounge access wizard and find out, or log in or create an account and we'll keep track of your lounge memberships and premium credit cards.

Note: Chase Sapphire Reserve card members must present their Priority Pass card. Access will not be granted on the basis of the credit card alone.

Be a VIP. Join Priority Pass and enjoy access to Chase Sapphire Lounge by The Club and 1,300+ airport lounges worldwide. Join now and save 10%.

The following is a typical sample selection; actual choices may vary. All food and drinks are complimentary. 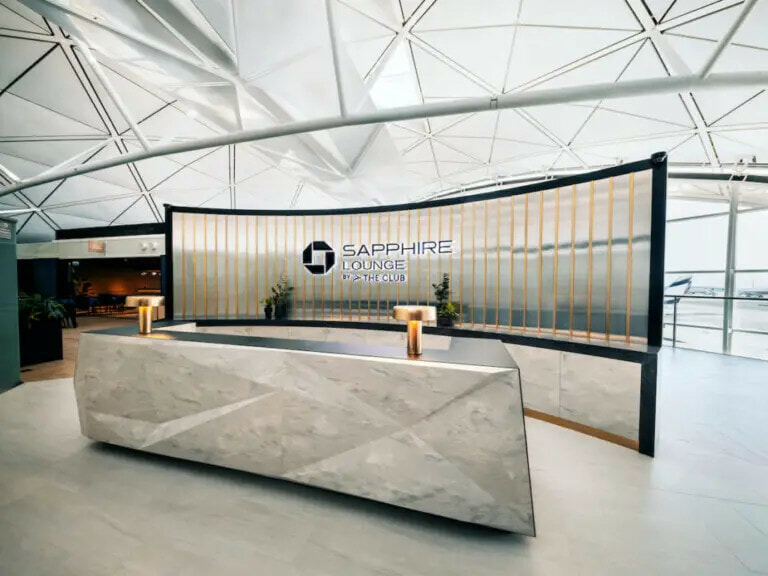 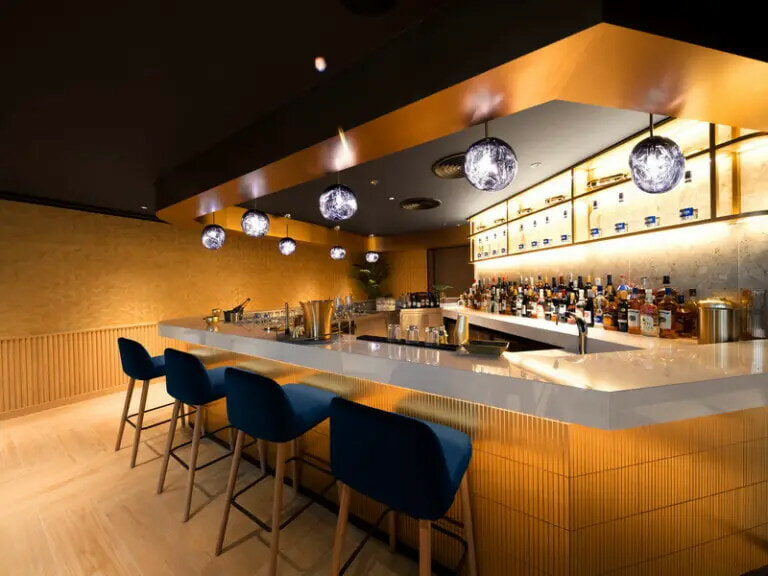 Food:
Drinks:
Other amenities:
No rating yet. Be the first to rate this lounge!
Favorite Visited