What’s not to love about Munich airport? It serves the lovely capital of Bavaria, which is located minutes away on the S-Bahn. It’s compact — at least in comparison to its sprawling and ever expanding peer at Frankfurt. It’s a model of efficiency and offers some of the shortest minimum connection times for an airport this size. It’s comfortable, with numerous shopping options and passenger pleasing amenities. It’s beautiful, with a plaza linking Terminals 1 and 2 covered by a majestic freestanding roof. And then there’s everyone’s favorite hangout: the Airbrau, the on-site brewery.

Oh, and the lounges.

Lufthansa operates an acclaimed First Class lounge dedicated to Lufthansa First Class passengers on transcontinental routes, plus HON members. The lounge, uniquely situated at the junction between the Schengen and non-Schengen zone (thus the need to relinquish your passport when you enter) offers sit down restaurant service, luxurious bathrooms with soaking tubs, a cigar bar, and an outstanding whiskey selection in serene settings.

Elite and premium passengers benefit from no less than seven lounges in Terminal 2, including some of the best in the system. Non-Schengen passengers have access to a Business Class lounge and a Senator Lounge. The Schengen zone is even better appointed with a Business Class lounge, no less than two Senator Lounges, and our favorite gem: the Senator Café, an elegant, intimate coffee shop that doubles as an oasis of service, reserved for Miles and More Senator members and Star Alliance Gold passengers. All lounges feature showers and some offer napping rooms.

The only caveat is that most lounges seem to be constantly packed. And that’s about to change, hopefully. 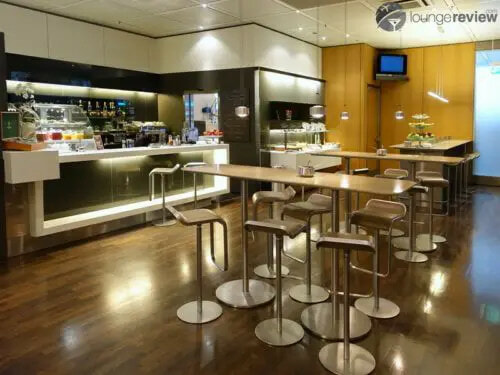 Lufthansa has unveiled early details on the new satellite building that is currently under construction, and scheduled to open in April 2016. A significant portion of the new space will be dedicated to lounges, with the addition of five new lounges spanning an area of over 4,000 sq. ft., effectively doubling the current lounge space.

New Business and Senator Lounges will boast the airline’s vastly improved new design already showcased at Frankfurt and London Heathrow airports. The new generation Lufthansa lounges feature a more open layout, brighter interiors, power outlets at every seat, and luxurious touches such as napping rooms with relaxing forest scenery in the Senator Lounges. All lounges will benefit from plenty of natural light and offer dramatic views of the tarmac. 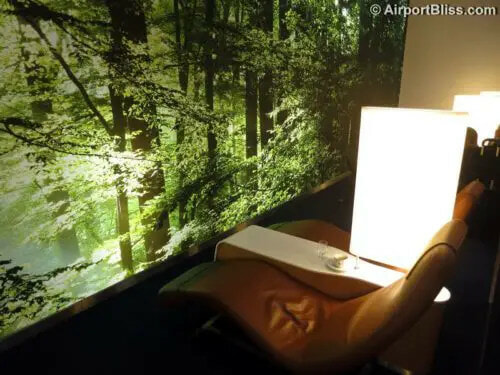 The icing on the cake is the new 1,000 sq. ft. First Class lounge, which will be located on the satellite’s upper level and feature a set of amenities in line with what we have come to expect from Lufthansa’s finest class of service: private rooms and working spaces, gorgeous bathrooms, a cigar bar, and a classy a-la-carte restaurant. Like at the current First Class Lounge, passengers departing from remote positions will enjoy a limousine ride to their aircraft.

Considering that Lufthansa is slashing their First Class capacity network wide with most 747-400 airplanes converted to two classes, and the A380 featuring only eight seats in First Class, this is an especially notable development. The airline is most likely investing to keep its HON passengers happy — Lufthansa’s top elite flyers need to fly 600,000 HON miles exclusively on flights in First and Business Class (or other select fares) in two consecutive calendar years in order to achieve the coveted status, which comes with luxurious perks such as access to the First Class lounges.

One of Europe’s best airports is about to get even better for premium travelers. We can’t wait.