Priority Pass is the world’s largest independent airport lounge access program. Members enjoy access to hundreds of airport lounges worldwide, regardless of their airline or class of service. (Tip: Are you a Priority Pass member? You can use our handy Lounge Finder to find lounges that accept Priority Pass.)

There are several membership levels available at different price points. In addition, a popular and cost effective way to become a member is to apply for a high-end credit card such as The Platinum Card by American Express or the Citi Prestige Card, which come with a bundled membership. (Want 10% off Priority Pass? Click here.)

While the Priority Pass lounge network is strong in Europe and Asia, with affiliated lounges at most airports, the program took a major hit in the US back in April when United rescinded their agreement with Priority Pass, depriving members of access to its large United Club network and leaving them without alternatives at 17 airports.

In response, Priority Pass expanded their agreement with Air France in September. The availability of all five Air France lounges in the US filled major gaps at San Francisco (SFO) and New York JFK Terminal 1. Priority Pass is continuing to rebuild their US network, with three additional lounges joining the program effective immediately.

The Board Room at Seattle-Tacoma airport Satellite N is Alaska Airlines’ newest lounge. The airline has long partnered with several independent lounge access providers, so it is no surprise that their newest club would also welcome Priority Pass members.

The Board Room in the North Satellite boasts a fresh new design, which is a welcome departure from the legacy décor. Patrons will enjoy modern furniture with power outlets throughout, designer light fixtures, a water feature, and grand views of the tarmac. The food and beverage offering is pretty strong for a domestic lounge, with Starbucks coffee, espresso, local craft beers, and a substantial breakfast selection – including the famous pancake machine which bakes treats at the touch of a button.

While the addition of the new Board Room will be convenient for Alaska passengers departing from the North Satellite, it’s not a game changer: Priority Pass members may choose between no less than four different lounges at SEA. 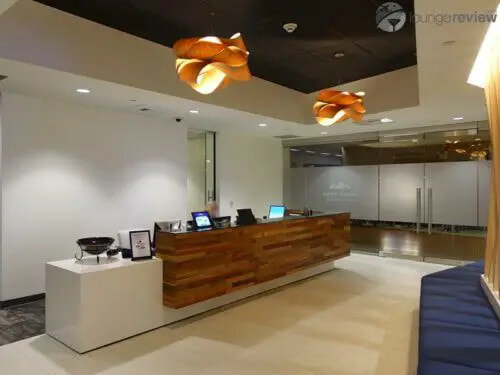 Located in Concourse J South by gate J4, the Avianca Lounge boasts a simple yet modern design and a range of essential amenities including complimentary Wi-Fi, snacks, self-serve drinks and plenty of space to work and relax.

While there are two other Priority Pass lounges at MIA (Club America and the VIP Lounge Miami), the Avianca Lounge is the only one to be open 24 hours a day.

Much more notable is the addition of the newest member of The Club Airport Lounges, The Club at MCO. This is a significant development as Priority Pass members have not had access to any lounge at Orlando airport since United left the network.

The brand new lounge is bathed in day light and features a modern design, along with a solid range of amenities including showers, a family room with XBOX game consoles, and a substantial snack selection. 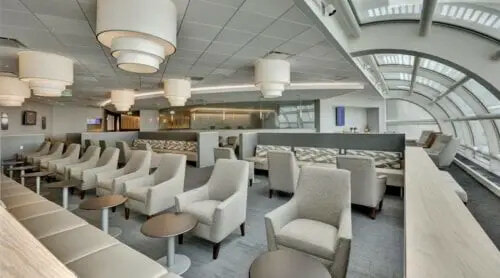 The addition of three new lounges to the Priority Pass network in the US highlights the company’s efforts to continue to refill the gaps left by United’s departure.

Yet, there are still ten airports where United’s retreat has left a void. One of them is Minneapolis-St. Paul (MSP). It’s unfortunate that Priority Pass members currently don’t have access to the brand new Escape Lounge at MSP, which opened just a few weeks ago. MAG, the operator behind the Escape lounge, operates five other locations in the UK, in Manchester, London Stansted and East Midlands, which are accessible to Priority Pass members. Here’s to hoping that a partnership is in the works in the US.