Competition in the ground services arena for premium passengers is heating up, with American and United rolling out upgraded amenities and a level of luxury previously unthinkable for US carriers. Scheduled to open mid-2018, the new Polaris Lounge at Newark airport, modeled after the Chicago location, will feature a complimentary full-service restaurant, elegant shower suites, semi-private relaxation rooms, and productivity pods.

Until then, you’ll probably be more likely to find a seat at the gate than at the other, vastly insufficient United Clubs.

With multiple ongoing construction projects, significant delays in the roll-out of Polaris Lounges—which won’t see the light until mid-2018 at the earliest—and crowding at major hubs, here’s a recap of United’s lounge closures, renovations, and planned construction system-wide.

United has shuttered the main United Club by gate C120 in preparation for the upcoming United Polaris Lounge. It may not feel like much of a loss at a first glance—the club was anything but luxurious, and was already partially under construction—but at the scale of a hub like Newark where every square foot counts, hundreds of passengers a day are likely to find themselves without reliable access to a lounge.

Due to significant crowding issues, the two Terminal C locations currently do not accept one-time passes. 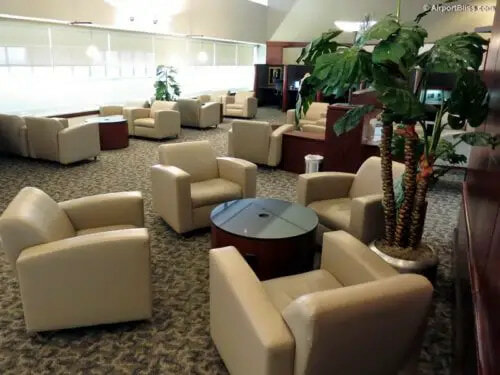 Alternatively, United Club members, elites, and international premium passengers have access to five lounges in Terminal A and B. 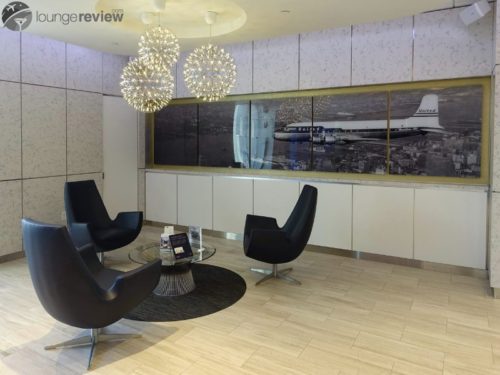 Priority Pass members may also use Art & Lounge in Terminal B, outside security. While it’s still a train ride away from Terminal C, access does not require clearing security at Terminal B.

The United Club at International G is closed, as the space is being converted into a two-story Polaris Lounge, which will span over the footprint of both the Singapore Airlines SilverKris Lounge and EVA Air Evergreen Lounge, which have also closed.

This means that all three Star Alliance business class lounges in the international terminal are now closed.

To make room for international customers, United has downgraded the Global First Lounge and expanded access to all international Business and First Class passengers. The expansive self-service alcoholic beverage selection has survived, but the shower suites and premium buffet have been phased out. The lounge is off-limits to United Club members and Star Alliance Gold economy passengers, and despite the strict access restrictions, except a tight squeeze, especially at peak times. 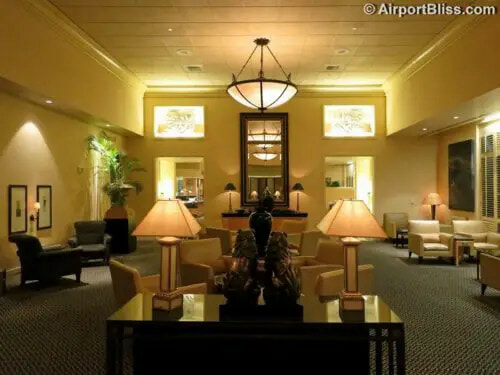 United Club members and Star Alliance Gold passengers traveling in economy class may use one of three lounges in the adjacent domestic Terminal 3, a 10-15 minute walk away from the international terminal through an airside connector. All three clubs offer substantially the same amenities including finger food, salads, soups, a bar with complimentary wine and well drinks, Wi-Fi, printers, and work spaces. 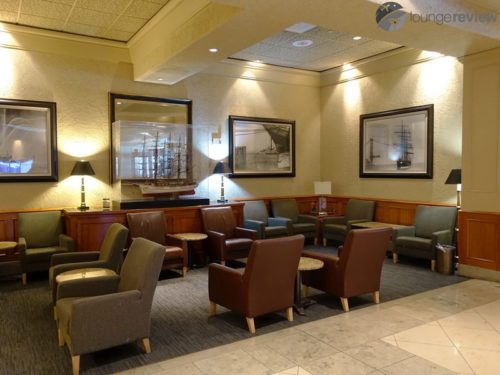 American Express Platinum and Centurion card holders may also use the Centurion Lounge by gate 73. Priority Pass members may hop over to International Terminal A and use the Air France Lounge, but at the expense of an additional trip through security.

For more information about the lounge situation at San Francisco airport, see our blog post.

Located in Concourse C, the Polaris Lounge is a stylish haven featuring high-end services including a complimentary full-service restaurant, a cocktail bar, luxurious shower suites, and a Concierge. Unfortunately, the Polaris Lounge is a victim of its own success and routinely overcrowded. The adjacent space by gate C16, formerly a United Club, remains vacant. United is currently expanding the Polaris Lounge to and plans to remodel the leftover space into a small United Club. Construction is scheduled to be completed this winter. 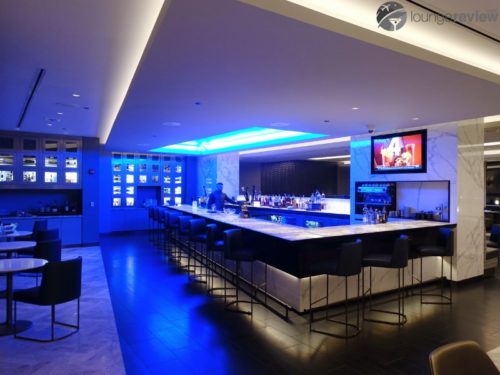 In the meantime, United Club and Star Alliance Gold international passengers traveling in economy need to use the two United Clubs in Concourse B, or the club in Terminal 2. Showers are no longer available for United Club members.

All five United Clubs at Houston Intercontinental airport are open, though construction of a Polaris Lounge has started in the three-story Concourse E lounge. However, the shower suites are not available anymore, and some portions of the space may be closed. With construction soon in full swing, additional closures are expected to occur.

The United Club in Terminal C North was recently remodeled, and features the airline’s new design. 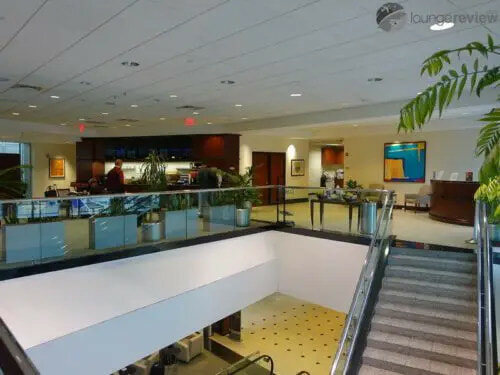 At Los Angeles airport, the United Polaris Lounge will replace the former United Club on the mezzanine level by the rotunda near gate 73—which, incidentally, used to be a Global First Lounge. The footprint of the club will be significantly expanded in order to meet the requirements of a Polaris Lounge. Until then, passengers may enjoy the new United Club in Terminal 7 and its open-air deck. The Polaris Lounge is scheduled to open late 2018, and construction will have no impact on the current facilities. 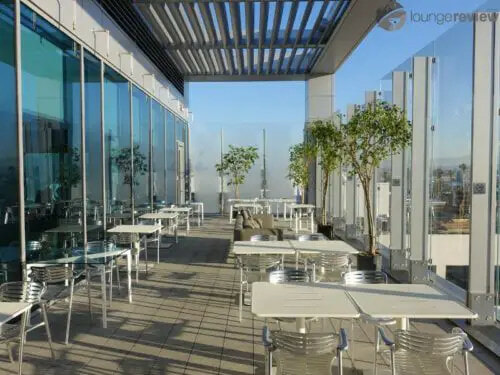 At Washington Dulles airport, the United Polaris Lounge will replace the current United Global First Lounge. The current Dulles lounges are United’s worst system wide. With the twenty-some year old “temporary” terminal getting a new lease on life in absence of an agreement to move forward with the construction of a new terminal, it will be interesting to see how United manages to transform the venerable space. The Polaris Lounge will open late 2018. At this time, the Global First Lounge is still open. 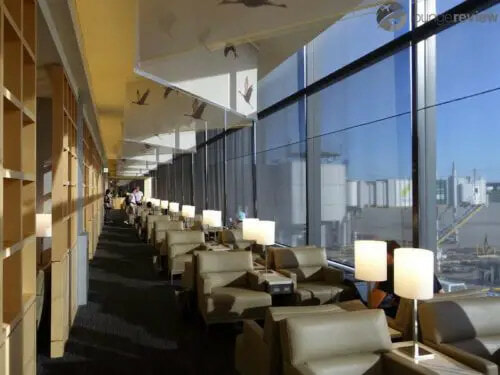 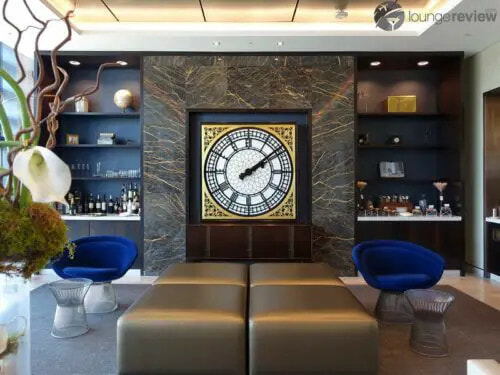