As of August 18th, 2016, United Club members (paid memberships, lifetime memberships and Chase Club card memberships) will be required to present a same-day boarding pass in order to gain access to United Club locations worldwide. United posted signs highlighting the change at United Clubs last week, then disclosed the new policy through an email to Club members over the last few days, prior to finally updating their web site last weekend.

The announcement reads as follows:

To maintain an exclusive United Club experience, we’re making changes to the access policy. As of August 18, 2016, all United Club customers, including members, will only be eligible to access United Club locations if they have a same day boarding pass.

United has clarified the policy on popular frequent flyer communities FlyerTalk.com and MilePoint.com:

For most customers, this change will have no tangible impact, although this new policy does away with a few valuable perks. Currently, United will issue a gate pass to United Club members wishing to use a lounge, regardless of whether they are flying or not. The benefit makes it possible to go through security when picking up someone at the airport, or to meet friends or coworkers on a layover.

At locations outside security, for example at New York LaGuardia (LGA), the ability to use a lounge without a boarding pass also makes it possible for customers to enjoy complimentary food and drinks at any time — though we hope that no one in their right mind would abuse this option, as man cannot survive on McCormick’s vodka and crackers alone. 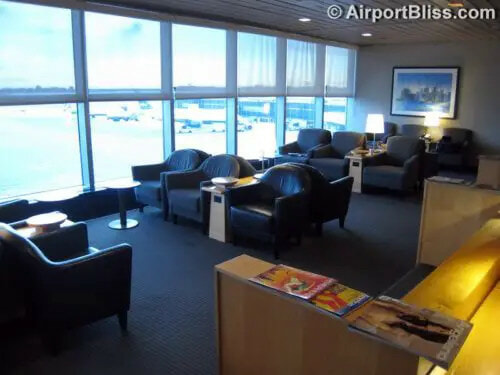 United’s desire to limit crowding at United Clubs is understandable and commendable. The airline has given a year’s worth of advance notice, so customers who have just purchased a membership will not be impacted. Unfortunately, lifetime members (from the ancient United days and pre-merger Continental days) will see a reduction in benefits.

Overall, this change does not significantly impact the value of a United Club membership for most members. Yet, it would be fascinating to get insights into the metrics that have driven the change. Is it the costs and labor involved in issuing gate passes? (A perk that has never been broadly advertised but is known to many Club members.) Is it the impact of a handful of members who use Clubs as informal locations for business meetings? (An acceptable use as per the current terms.) Or is the policy, as blogger Matthew Klint speculates, an effort to curtail employee use of the facilities? (Many employees have personal memberships and can use the Clubs for a quick meal or evening drinks.)

We mourn the loss of another privilege, without the confidence that the new policy will significantly reduce overcrowding.

Is United rescinding their partnership with Copa Clubs?

United and Copa Airlines, Panama’s flag carrier, have deep historical ties. Continental Airlines, a predecessor of the modern United, used to own over 50% of Copa in the late 1990s. Copa adopted a logo and livery that were (and still are) extremely reminiscent of Continental’s visual identity, and picked Continental OnePass as their frequent flyer program.

While Continental reduced their stake in Copa in the 2000s, several ties remained. After the merger between United and Continental, Copa’s frequent flyers were enrolled in United’s MileagePlus program, and United and Copa elite customers continued to enjoy reciprocal benefits.

The partnership was phased out a few months ago, with Copa launching their own ConnectMiles program. Today, the most prominent leftover of the former alliance from a passenger experience standpoint is the branding of Copa’s airport lounges, dubbed “Copa Club in partnership with United.” The airline operates four locations in Panama, Guatemala City, Santo Domingo, and San Jose, Costa Rica. A few days ago, United quietly removed references to Copa Clubs from their list of lounges at united.com, hinting at the fact that the last artifact of the airlines’ collaboration might soon bite the dust.

copaair.com still refers to the United partnership, though, so it’s unclear whether changes are actually afoot. Neither United or Copa has made a public statement so far hinting at (or denying) changes.

Time will tell what the future holds. Regardless, it’s unlikely that the “Copa Club in partnership with United” brand and concept will survive in the long run, as it simply doesn’t fit Copa’s strategy anymore.