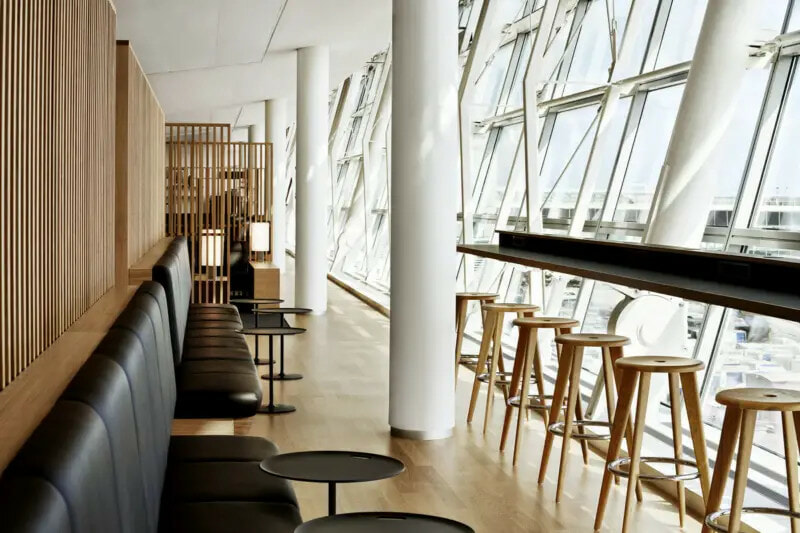 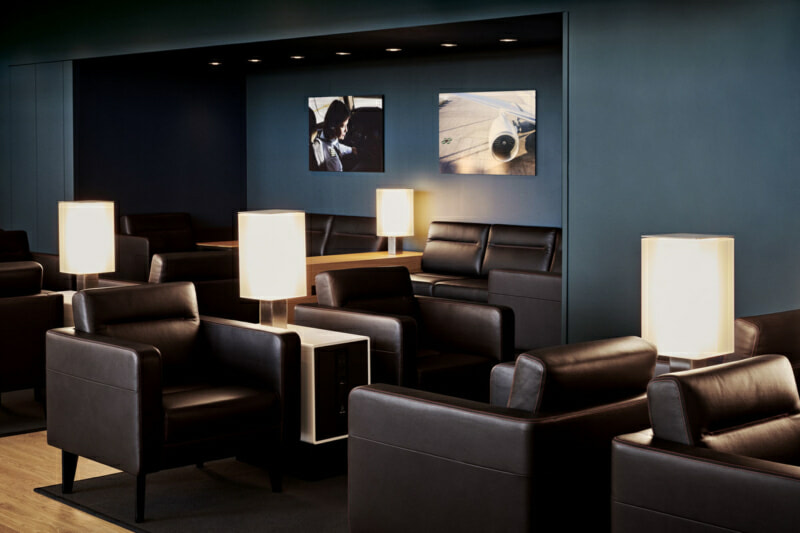 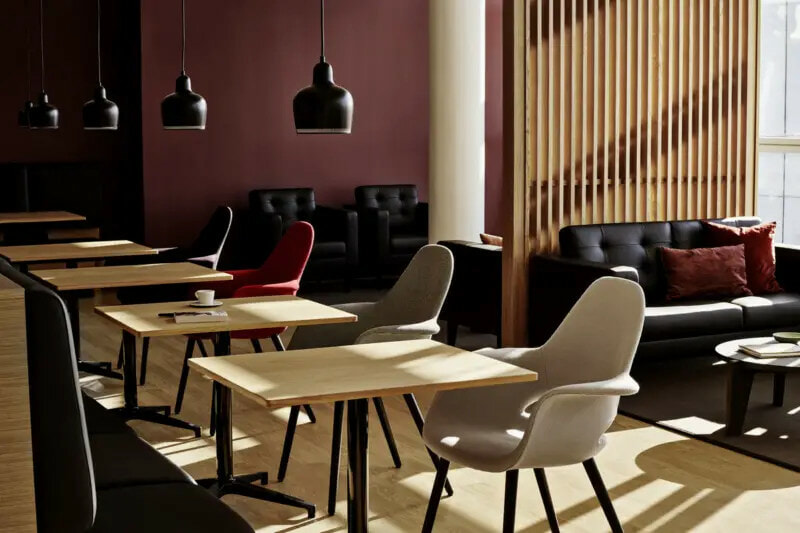 Previous Next
Lounge closed: The SWISS Lounges at New York JFK airport Terminal 4 closed permanently in 2022. SWISS has moved to Terminal 1. Eligible SWISS passengers are invited to visit the Lufthansa Business Lounge, Lufthansa Senator Lounge, or Lufthansa First Class Lounge in Terminal 1. The SWISS Lounge has been rebranded as a pay-in Wingtips Lounge. 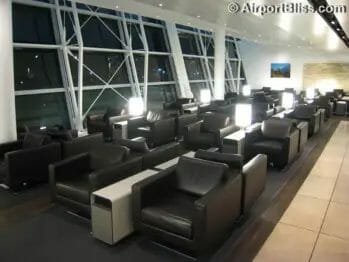 The design of the SWISS Lounge at JFK will be immediately familiar to the airline’s frequent flyers, with its signature wall made of Jura stone, black and white tones, and Vitra designer seats. The space is modern and simple with clean lines; perhaps even too minimalist for some.

Each comfortable seat comes with a small side table, lamp, and power outlet. Counter style seating runs along the floor to ceiling window, giving patrons a first row seat on the bustling tarmac. By the buffet is a small dining area. There are also high tables that would be ideal for laptop users, but unfortunately lack power outlets.

The windows let plenty of natural light in, although the dominant black tones give the club a slightly dark feel in the evenings.

While the space is reasonably large overall, the lounge does tend to get busy and may be crowded at peak times, obliterating the impact of the otherwise serene design. 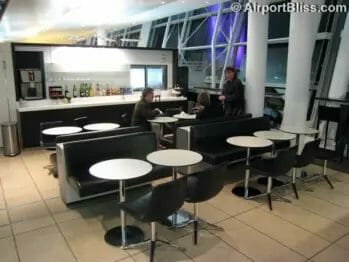 The food selection is hit or miss. Overall, the fare tends to be relatively simple, with a selection of snacks and deli items. Around meal times, SWISS offers a limited selection of hot and cold appetizers and entrees, though the spread is somewhat paltry overall for a premium international departure lounge, and the buffet isn’t always replenished on a regular basis. In our opinion, the selection doesn’t qualify as a substitute for a meal, which is unfortunate because flights from JFK to western Europe tend to be very short, and passengers would probably appreciate the option to dine on a ground in order to maximize sleep on board.

Simple but well-appointed showers are available: inquire at the reception desk. Other amenities include a TV/theater room, a quiet room with recliner chairs, as well as a selection of newspapers and magazines. 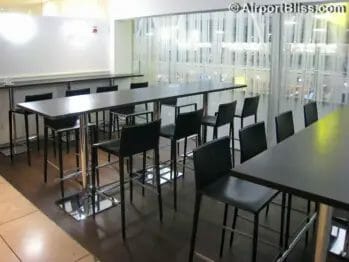 Overall, the SWISS Lounge at New York JFK provides an elegant and convenient space to relax before a flight, but the overall lack of real estate and somewhat limited buffet spread fail to impress. In contrast, sister company Lufthansa operates a superior, showcase three-level lounge complex in Terminal 1 — it’s unfortunate that the airport authority restricts access to passengers holding a boarding pass for flights departing from Terminal 1.

Note: the SWISS Lounge used to be located outside security, however it isn’t the case anymore. 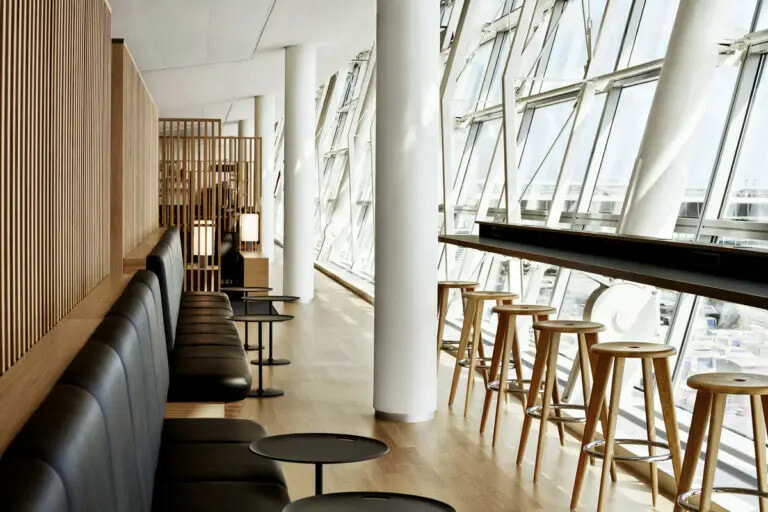 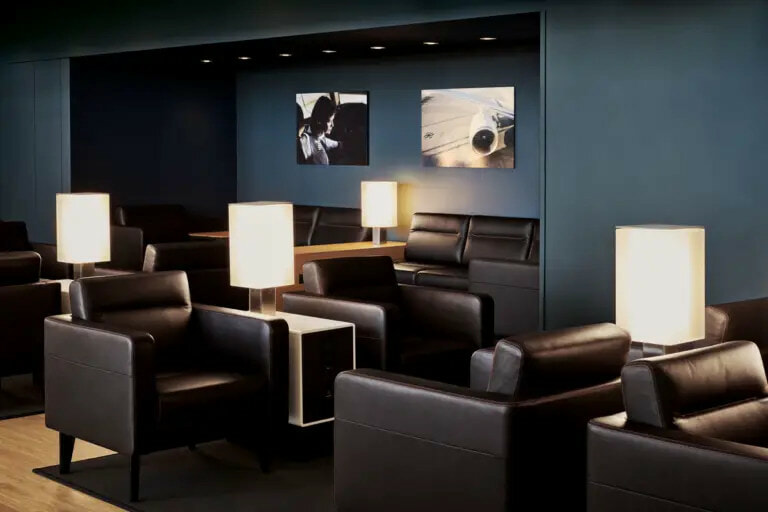 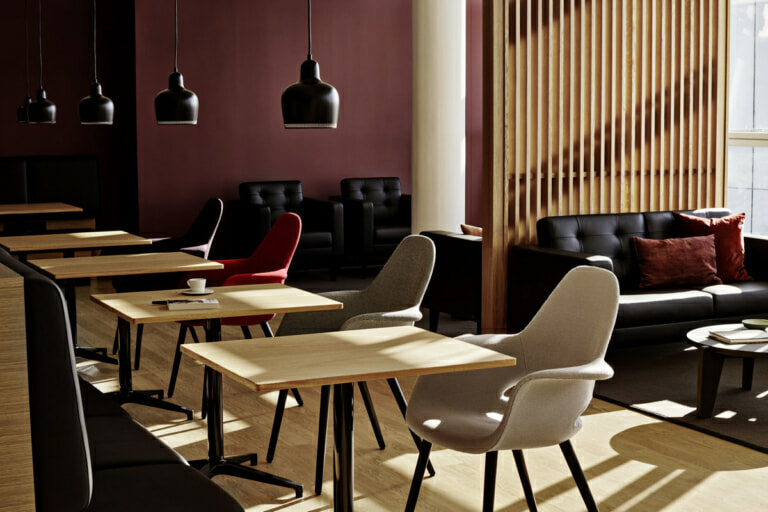