Back in April, United introduced a major overhaul to the complimentary food selection at their United Club locations worldwide. The meager selection of pre-packaged cheese and crackers was supposed to make way for a healthier, more diverse and more nutritional selection including a yogurt bar with mixed fruit, hard broiled eggs and oatmeal at breakfast, and salami, soups and salads throughout the day.

There was much rejoicing at the time, though in retrospect, the roll out has been somewhat disappointing.

A new autumnal offering is being rolled out at hub locations

Today we’re beginning a seasonal rotation of the United Club complimentary fresh food menus at our hubs. The menu launching today features more autumnal produce, hearty soups, and other seasonal items. We continue to progressively introduce a version of the previous menu at our line stations, and starting next year we’ll be introducing a new menu at all clubs with each season.

The menu reads as follows.

Overall, the new breakfast offering feels like a downgrade — we mourn the loss of the oatmeal, yoghurt and fresh berries, which were a highlight. Overall, the emphasis on fresh salads and veggies during the day sounds like positive news. We also like the idea of a more frequent rotation of soups.

Ultimately, implementation is key, and if the full menu isn’t consistently available, then the official offering is irrelevant. United’s wording (“Here’s what you might see in our hub locations in the new rotation”) is not especially encouraging. United’s announcement is also somewhat difficult to parse. Somehow, the airline is hinting at the fact that non-hub locations will continue to receive the previous selection until next year, which sounds surprising. 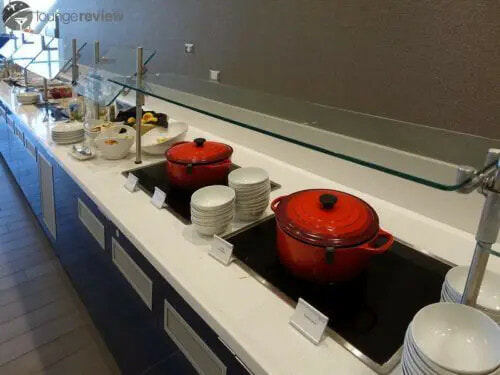 Instead of announcing seasonal offerings, we wish United focused on completing the transition system wide as soon as possible, and on maintaining higher standards where the new spread is available, by replenishing items more promptly better maintaining the appearance of the buffet. A new premium food program was also supposedly in the pipeline, although the airline has remained coy on this topic. 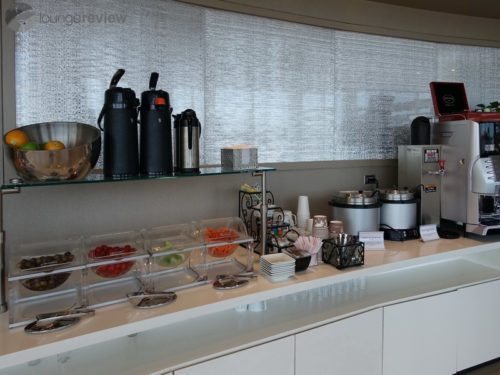