The club that helped reshape the airport lounge market in the US is making a comeback.

Today, American Express opens a new incarnation of the very first Centurion Lounge in the US at Dallas Fort Worth International Airport Terminal D. The new club, located near gate D12, steps away from the former space by gate D17, is 3,000 square feet larger, and features additional amenities.

The Centurion Lounge at DFW: the lounge that reset expectations

American Express’ foray into the airport lounge business in the US back in October 2013 reshaped a dormant market. The unveiling of the first Centurion Lounge at Dallas/Ft. Worth airport (DFW) sent ripples throughout the industry, forcing airlines to improve their offerings and remodel clubs.

While airline-operated lounges were typically a quiet place to sit and work with Wi-Fi, coffee, snacks, and paid drinks, American Express took the concept of a club to new heights. A private haven for members of the American Express Platinum Card, the glamorous Centurion Lounge introduced an innovative design, a complimentary full bar, free hot meals cooked by celebrity chefs, and relaxation features such as shower suites, day beds, and spas.

It hasn’t been all smooth sailing, though. The Centurion Lounges have been a victim of their own success, with constant crowding issues, and small but noticeable cuts in food service. American Express has responded by expanding lounges wherever possible, and tweaking access policies to restrict the number of guests.

The financial institution announced a complete renewal of the Dallas/Ft. Worth lounge a year ago; though the original location closed unexpectedly a few weeks ago, leaving travelers without their favorite hangout.

The new Centurion Lounge at DFW spans across 12,500 square feet, but there are few visual differences with the old location, save for new furniture. 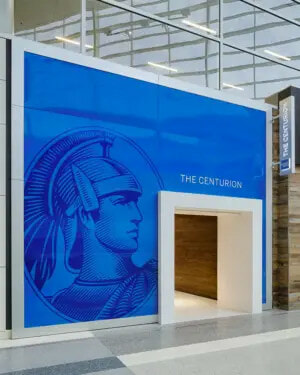 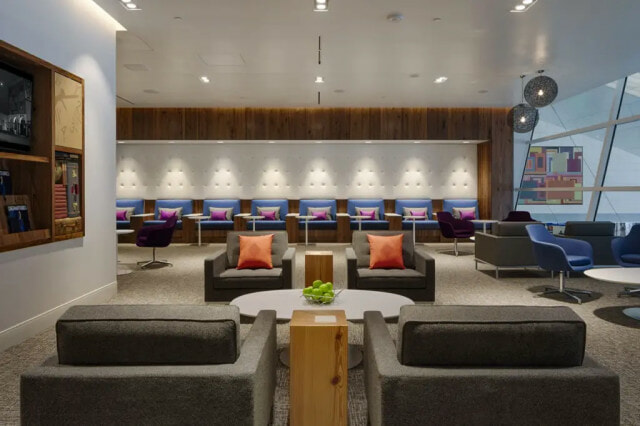 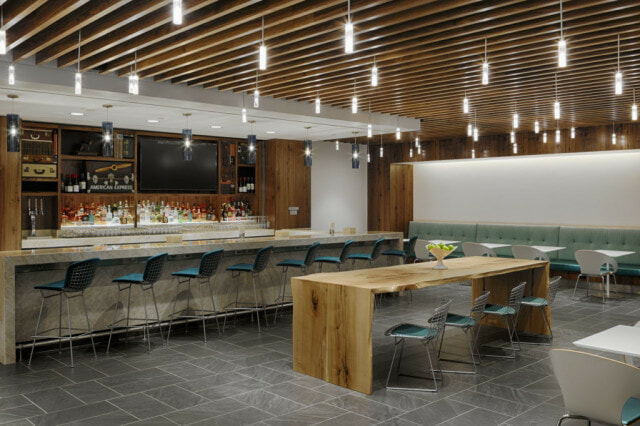 Business amenities include Wi-Fi, self-service computers and printers, a conference room, and private phone rooms—the latter are a welcome new addition to an otherwise strong line-up.

At the Member Services desk, patrons may request assistance with their American Express card or a wide-range of hospitality services including hotel, restaurant and show reservations. 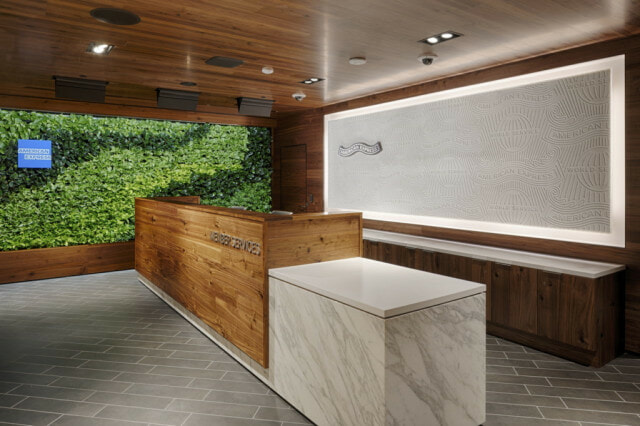 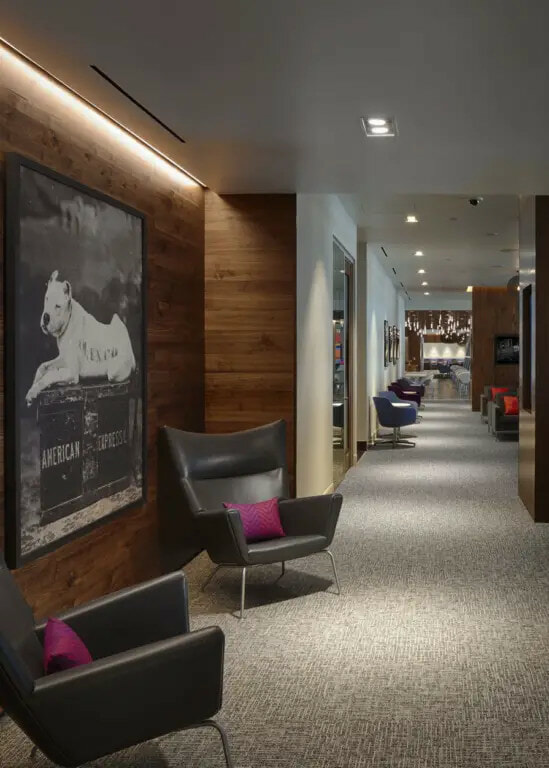 The opening of a new, larger Centurion Lounge at Dallas-Fort Worth airport (DFW) underscores American Express’ commitment to a continued upper-scale experience. Rebuilding the lounge from scratch represents a considerable expense, which translates into an additional 3,000 square feet of space and new amenities including two additional shower suites, phone rooms, and a mother’s room. However, it remains to be seen if 3,000 square feet will make a material difference given chronic crowding issues. If anything, the space looks new and fresh once again, and the two additional shower rooms will make freshening up a more likely endeavor.

American Express is continuing to explore options to mitigate crowding. Possible adjustments down the road may involve online reservations, or updates to the guest policy based on occupancy.

Have you visited the new American Express Centurion Lounge DFW? Share your impressions.